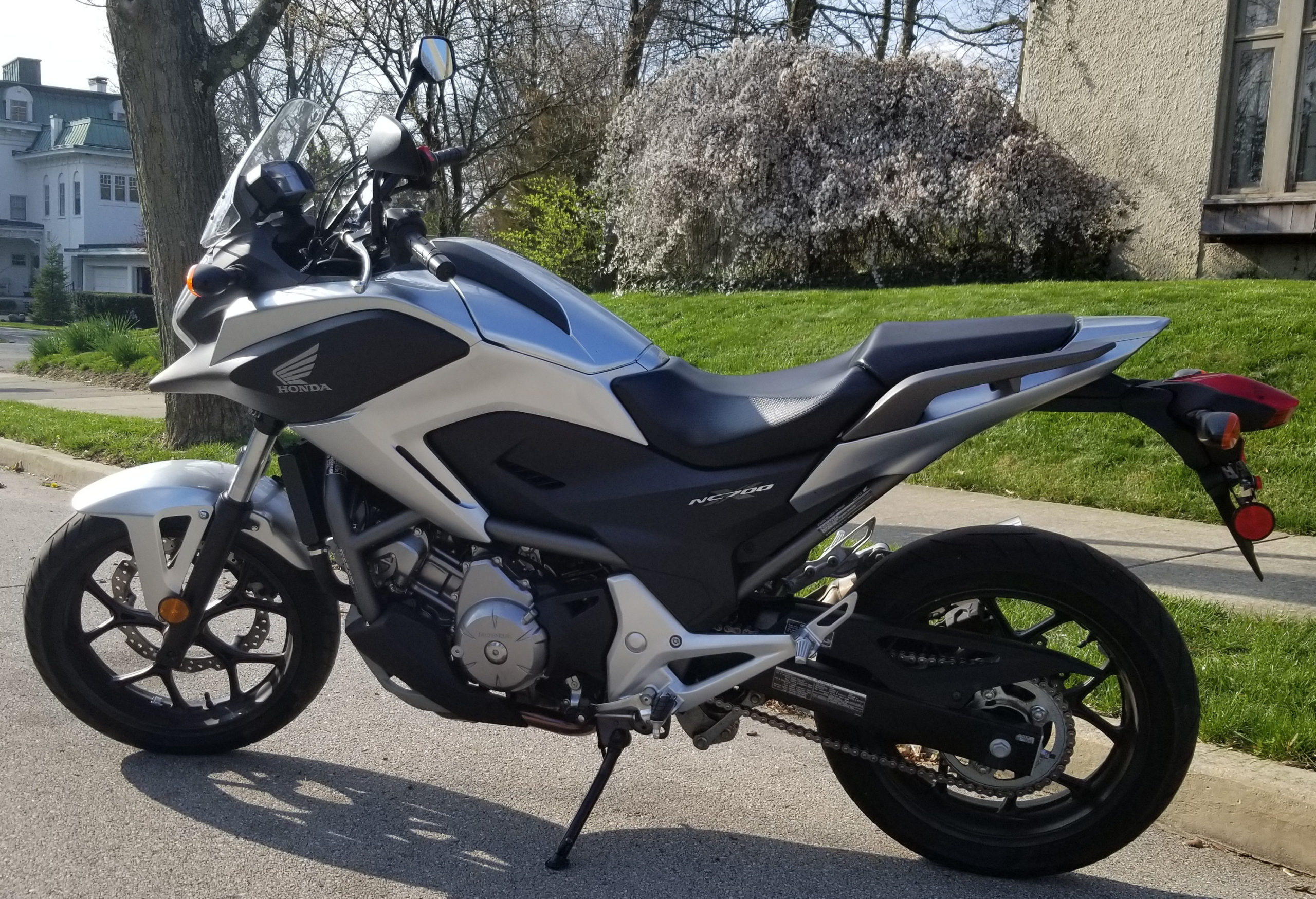 I thought between my three bikes I had one to cover any occasion.  I was wrong.  LOL  I’m looking to do some longer trips this year and none of my bikes are really up to that task.

With that said, I’ve been thinking about a new bike for months.  I started looking at Craig’s List BMW’s.  Then I thought I’d found my bike at Janus in Indiana.  The more I thought about these two options, the less I was convinced either was truly what I was looking for.

I can’t remember how, but I stumbled on this video from Zack Courts…..

Now I don’t think I’ll ever be interested in an automatic motorcycle, but the NC700X really intrigued me.  Quite a few dealers had one and two year old new stock, so I started looking there.  The Honda dealer in Troy Ohio told me they were having a great year despite the Corona virus and it looked like no one was interested in dealing on new bikes.

So it was Craig’s List to the rescue.  It didn’t take long to find an original 2012 NC700X with 5000 miles for a fraction of what dealers were asking for newer models.  It had been garage kept by the original owner and it now lives in my garage!