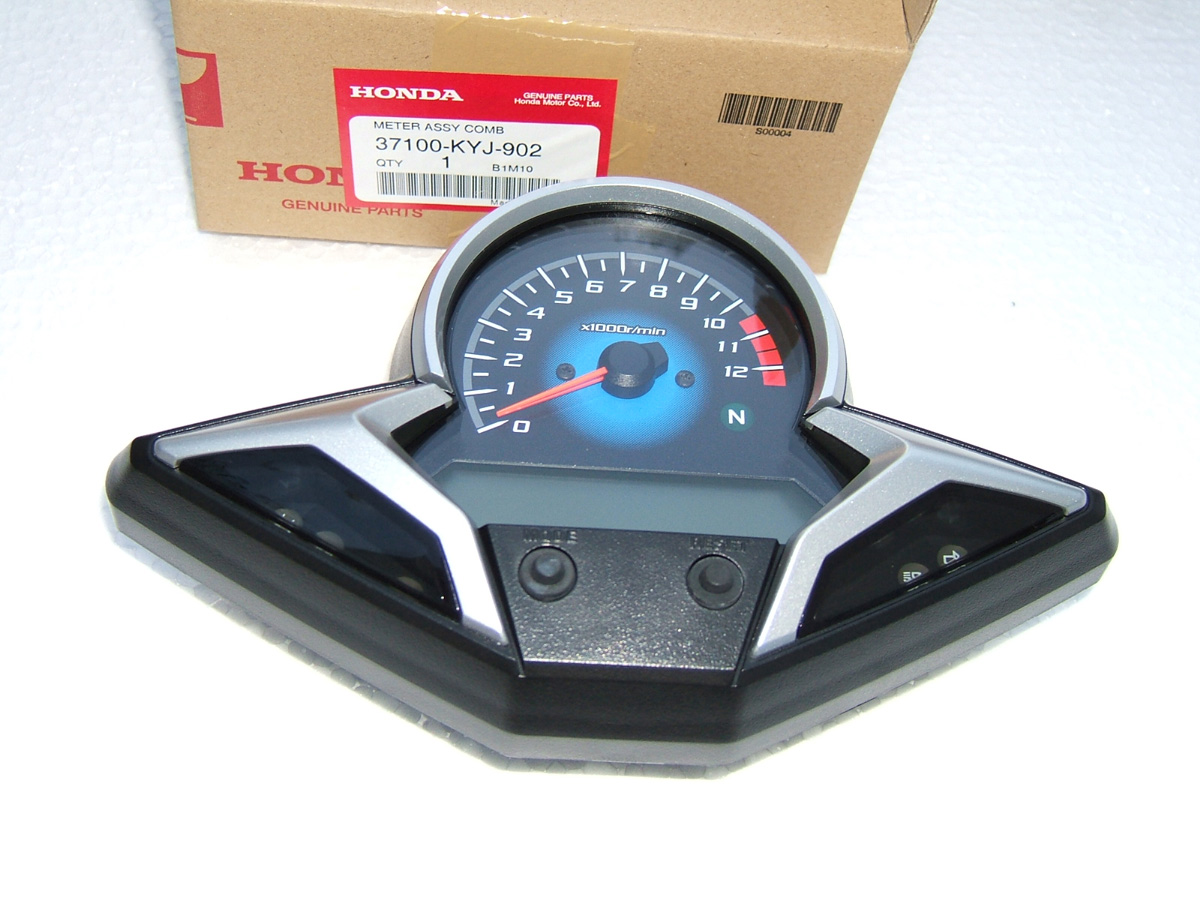 Well the items I thought were going to be the first problem areas might not be problems at all, but after a couple weeks on the bike, I have found several other items that do need attention.

On my first ride after dark, I found that the dash lights are not working properly.  The light for the tach flickers on and off, and the LED lights for the speedo and other info don’t work at all.

The second problem is with the fuel unit.  The gauge all ways reads full no matter what the fuel level in the tank.  I wanted to install the new dash module to see if that fixed the problem, but as you can see in the photo above, it still reads FULL.

Oh well, that will be a project for next week or the week after.  Need to remove the gas tank and then pull the fuel pump to replace the fuel unit.